This presentation is part of a series. It can be purchased separately or at a discounted price in the Bundle Package. In this series, Colleen Wentzel and Joan Ferreira unpack what makes a child ready to learn and how we know whether a child is ready for school.  This series of presentations is especially useful for parents of pre-school children who are caught up in the endless worries about schooling and whether your child is ready for the jump to “big” or formal schooling. The presentations are also good information for therapists and educators who are advising parents about this giant leap.

Joan Ferreira qualified as a Junior primary teacher, graduating from JCE in 1975. She taught Grades 1 and 2 for 8 years before resigning after the birth of her first child. Joan was fortunate to spend almost a decade at home with her two boys during their early years.   Joan studied for her Pre-Primary Higher Education Diploma through UNISA in 1991. She has been associated with Roosevelt Park Pre-Primary since 1988, initially as a parent and then as the teacher for the Grade R group. Joan spent 21 years facilitating and supporting learning through play and was appointed as full time principal of the school in 2014 after having filled the dual role position of teacher/principal for 12 years. Joan says to see the world through the eyes of a child, to explore, discover and learn along with them is a privilege. She has been fortunate to work with teachers who have been generous with sharing of their knowledge, strengths and ideas. Roosevelt Pre-Primary has been a significant part of her life and she counts herself lucky to have found this school.

Colleen Wentzel is a qualified Junior Primary teacher, and specialised in Pre-Primary, graduating with a 4 year HDE diploma in 1999. Colleen has 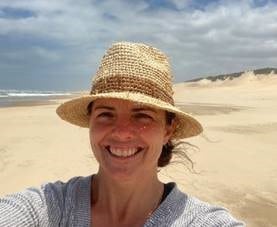 22 years teaching experience: the majority of her experience ranges from 3-4 year olds, Grade R, Grade 2 and 3, and a few years were spent in the Clamber Club, Aqua Tots and home-schooling fields whilst her children were still young. Colleen has been teaching at Roosevelt Park Pre-Primary since 2016, starting in the 3 year old class for a year before becoming the Grade R teacher. Colleen states that working at this school with talented and interesting people is so rewarding. She is dedicated to implementing Roosevelt Pre- primary School’s ethos of learning through play into the Grade R setting. She says that watching children thrive and learn in this way has inspired her to promote and encourage parents that this approach is the best for their child’s future learning.